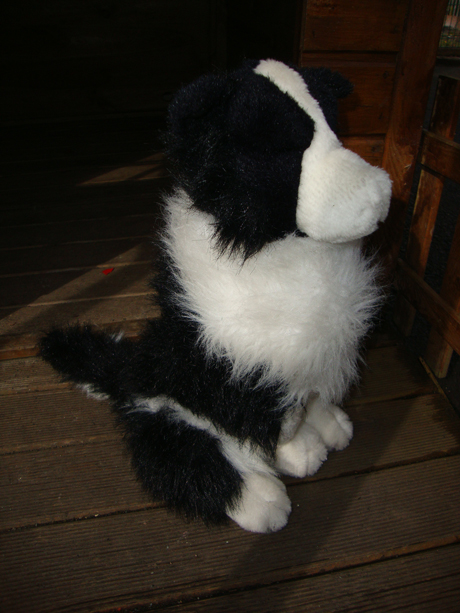 Derek is a black and white dog. Just like any ordinary dog he likes to play, and get wet, and run about in the muck. Derek likes pizza and cake and can often be seen hanging about the kitchen looking for treats from Jean. Everybody loves Derek and Derek loves everybody too. 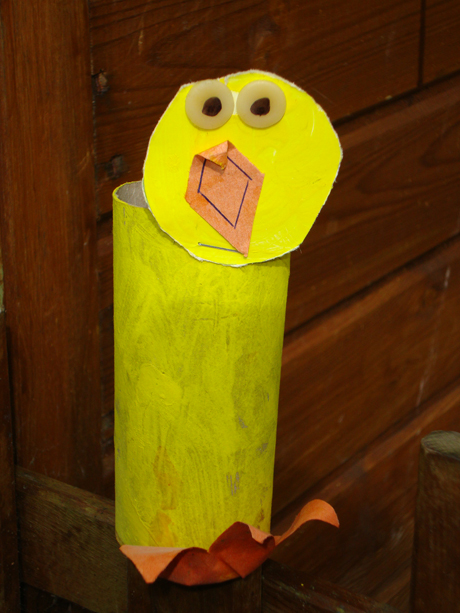 Duck is not very clever and he’s not able to do very much because he’s only made of toilet roll so sometimes the other toys laugh at him and sometimes he gets left out of the fun. Which isn’t fair, because Duck is a very nice duck – he is kind and always tries to help – even if he’s not always very good at it. 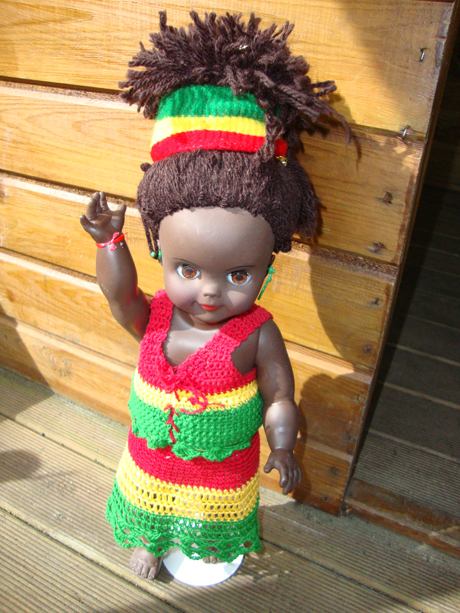 Corrina loves to party and is always having good ideas for fun games and organising things. If the toys want advice they usually ask her because she is very, very sensible. Corrina is from Jamaica and is really interested in meeting toys from all over the world. 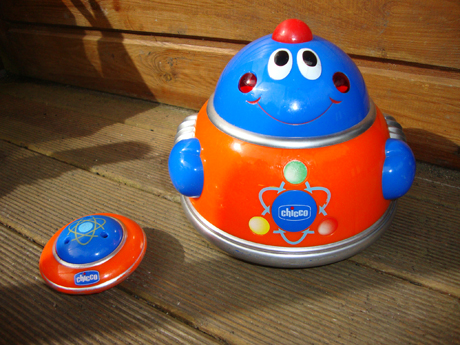 Robert the Robot is terribly clever. He knows about computers and technology and astronauts and planets.  Unfortunately he doesn’t have very much common sense (which is not the same as cleverness) and is always falling down the stairs because he forgets he’s got wheels instead of legs. 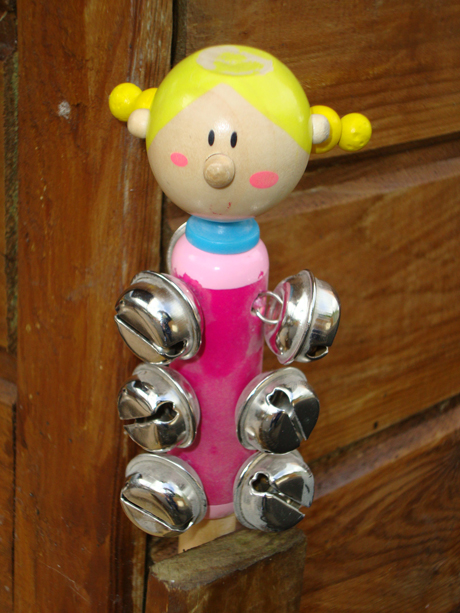 Jingles is a bossy rattle, and is always telling everyone what to do. Which is just as well because sometimes when the toys are playing, the boys and girls come along and nearly catch them messing about (which would be a disaster because everyone knows toys aren’t alive) and without Jingles to warn them – they might get caught and who knows what might happen then! 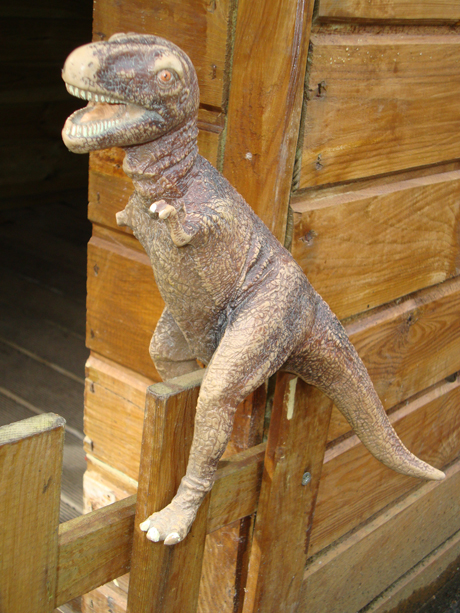 Dino is a dinosaur. He only has one arm because one of the other dinosaurs ate his other one. He won’t say which one did it because he is very loyal and very brave and while he looks a bit scary – really he isn’t at all. In fact, he is a bit of a softie but because of how he looks he sometimes gets blamed for the wicked misadventures of the cunning Sammy Smyth – which isn’t very fair at all.